This research by Headphones Pro Review is supported by our readers. We may earn a commission when you purchase through our links. Learn more..

Audiophiles are greatly confused about which pair to pick and we are once again here to help. Read further to know more.

Though there are rumors oin the market that the Sony WH-1000MX4 and Sony WH-1000XM3 are pretty much the same with only a major price upgrade and a few subtle changes,we have spotted some key differences between the two. Before diving into a detailed review, we have listed the major upgrades that Sony has incorporated in its new launch.

Now that you have brushed up our eyes over the key differences between Sony WH-1000XM4 and Sony WH-1000XM3, we are ready to lead you to the detailed comparison  between the two.

When it comes to Sony headphones, you never highlight comfort issues. With every launch, Sony is increasing our expectations. Both the Sony WH-1000XM4 and Sony WH-1000XM3 are among the most comfortable headphones. However, Sony WH-1000XM4 has some upgrades for extra comfort.

Though both the headphones look identical,the Sony WH-1000XM4 is a gram lighter than Sony WH-1000XM3. It weighs 254 grams. Other modifications like the gapping around certain sections of headphones have also been shrunk to give it a lighter feel.

Both the models have suitably thick, soft cushioning that provides extreme comfort. However, the XM4s have 10% larger ear cups to make it even more comfortable.

We don’t know if we should be happy or disappointed that these headphones look the same. We agree that Sony has made some incredible upgrades in the new launch but some changes in the look would have been great too. There has been some tweaking going on with the design of the new XM4s but that is only a reduction of gaps in certain sections just to make it more comfortable than the XM3s.

There are some other notable changes that we would like to mention. The newer XM4s are made of some solid materials like durable aluminum extenders and refined leathers on the headband. Also, the newer XM4s have more sensors than the older XM3s.

You might also notice some differences in the texture of the new launch. The Sony WH-1000XM4 has a soft rubber finish whereas the XM3s have a more plasticky feel to them. We will give Sony some points to add small details to the newer models like copper accents, embossed Sony logos, and laser-etched model number on each extender.

In the newly launched Sony WH-1000XM4 Headphones, there has been an impressive upgrade to the sound quality as well. This has been made possible with the upgraded algorithm and the new Bluetooth SoC.

The new Sony WH-1000XM4 also features Bluetooth 5.0 technology which allows multipoint pairing and high-quality codecs like AAC and Sony’s LDAC. These headphones also have a built-in sensor that detects when you are taking the headphones off and will thus automatically turn them off. This feature helps save a lot of battery.

On the other hand, Sony WH-1000XM3 comes with Bluetooth 4.2 technology and supports a wider variety of codecs than the XM4s. Apart from AAC and LDAC these headphones also support aptX but lack multi-connectivity.

The XM3s are a great choice for android users as they will provide high-quality sound consistently as they support aptX. But, if you are an Apple user then the XM4s will surely impress you.

Both the headphones provide very accurate sound but they emphasize it differently. Audiophiles will love the neutral output that the Sony XM4s provide but if you are a regular user then you would prefer the extra bass that the XM3s feature. We don’t mind the 5dB extra boost that the older models provide so it’s your call.

The XM3s provide us with excellent sound accuracy so we were keen to see how Sony is going to upgrade that. No doubt the XM4s have better noise-canceling. However, we wish we could say the same about the microphone and call quality.

As mentioned earlier that both these headphones focus on different verticals of sound, the XM4s does not like focusing much on the bass and more on the highs, thus persons with deeper voice will sound a little quieter. Nevertheless, it won’t bother you much if you use these headphones for calling occasionally. However, we won’t recommend it for regular professional calls.

Now, this is where things take a sharp turn. Sony claims that both these models have a battery life of up to 30 hours. However, after testing both the headphones, we have a different opinion.

Sony WH-1000XM3 gave up a few minutes before 20 hours upon a single charge. Let us remind you that headphones that have a battery life of 20 hours are also great but in this case, Sony WH-1000XM4 takes the win. It lasted for 24 hours after a single charge. We tested both these headphones at 70-75dB with the ANC turned on. We believe that these headphones will last longer with the active noise-cancelling turned off and at a slightly lower volume.

When we review a product for you, we make sure to explore each. We have done the same with these headphones.

Considering the price point of these two headphones we would say that if you’re looking for good-quality headphones for listening to music or gaming, then the Sony WH-1000XM3 is an excellent choice. Also, it’s somewhat cheaper than Sony WH-1000XM4.

But here’s the deal, the new Sony WH-1000XM4 definitely has some unique features that are worth the splurge. The upgrades that have been installed are cool and are setting a new standard for the rival companies.

It is definitely up to you if you want to save or splurge. The Sony WH-1000XM3 works just fine and the current price that Sony is offering is a steal. Though in our eyes, the Sony WH-1000XM4 with all its modifications is a clear winner and worth the price.

In this article, we have tried to provide you with a thorough comparison of the Sony WH-1000XM4 vs Sony WH-1000XM3 and we are hoping that you find it useful. Let us know in the comment section your thoughts on this article and tell us what you want to hear next from us.

Earbuds vs Headphones vs Headsets Comparison 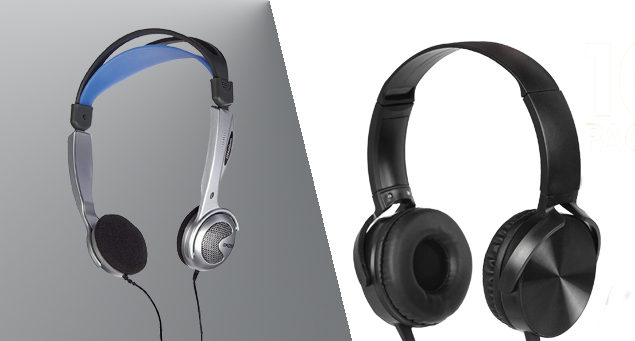 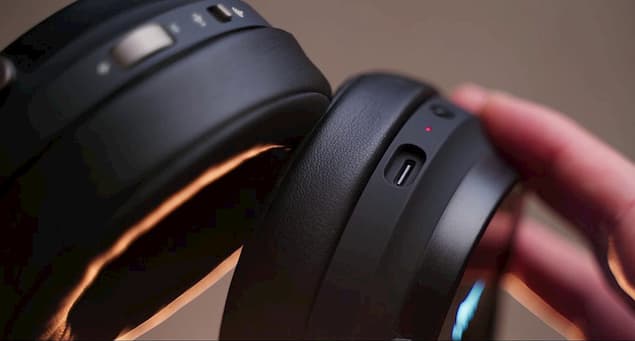